In my nutritional therapy sessions, I frequently suggest strict avoidance of the "Dirty Dozen" of the most contaminated foods. Did you know there is a "Dirty Dozen" list for your skincare products. The common sense of reading a skin care label and asking yourself...."would I eat this" should be taken daily. Your skin is the largest organ of the body and everything you put onto it WILL be absorbed transdermally.

From shampoos, to soaps, to lotions, to makeup — it's not uncommon for a single person to use 10 or more personal care products each day. But some of the ingredients in beauty products aren't that pretty. U.S. researchers found that one in eight of the 82,000 ingredients used in personal care products are industrial chemicals, including carcinogens, pesticides, reproductive toxins, endocrine disruptors, plasticizers, degreasers, and surfactants.

Here is a list of 12 chemicals you might want to avoid. Check the ingredient lists on the personal care products you purchase. I suggest printing a list to keep with you on your next trip to the cosmetics counter,drug store or salon.In my upcoming Primitive Diva book, I will share some recipes and resources for safe natural skincare, dental care and hair care. Please let me know what your Healthy Living products are.

BHA (butylated hydroxyanisole) and BHT (butylated hydroxytoluene) are used mainly in moisturizers and makeup as antioxidants and preservatives. They are also a hidden ingredient in some fragrances. BHA is toxic to the immune system and the International Agency for Research on Cancer classifies it as a possible human carcinogen. Studies suggest that BHT may be toxic to the skin, lungs, liver, and immune system. Both chemicals can cause allergic reactions, are suspected of interfering with hormone function (endocrine disruption), and may promote tumour growth. They also have the potential to bioaccumulate in aquatic species.

•Look for p-phenylenediamine or colours identified as "C.I." followed by a 5-digit number
Phenylenediamine, used in hair dyes, has been found to be carcinogenic in laboratory tests conducted by the U.S. National Cancer Institute and National Toxicology Program. Other coal tar-derived colours are used extensively in cosmetics, identified by a five-digit Colour Index (C.I.) number. The U.S. colour name may also be listed ("FD&C" or "D&C" followed by a colour name and number). Coal tar itself is recognized as a human carcinogen and the main concern with coal tar colours are their potential as carcinogens. As well, colours may be contaminated with low levels of heavy metals and some contain aluminum (a neurotoxin). This is of particular concern when used in cosmetics that may be ingested, like lipstick.

•Look also for related chemicals MEA and TEA
DEA (diethanolamine) and DEA compounds are used to make cosmetics creamy or sudsy. They irritate the skin and eyes and may be toxic to the immune and nervous systems. DEA compounds can also react with other ingredients in cosmetics to form carcinogenic nitrosamines. The Danish Environmental Protection Agency classifies cocamide DEA as hazardous to the environment because of its acute toxicity to aquatic organisms and potential for bioaccumulation.

Dibutyl phthalate (prounced thal-ate) is used mainly in nail products as a solvent for dyes and as a plasticizer that prevents nail polishes from becoming brittle. Phthalates are also unlisted fragrance ingredients in many other cosmetics. Dibutyl phthalate is absorbed through the skin. It can enhance the capacity of other chemicals to cause genetic mutations, although it is not a mutagen itself. In laboratory experiments, it has been shown to interfere with hormone function (endocrine disruption) causing reproductive and developmental problems. Dibutyl phthalate is banned in cosmetics in the European Union, but not in Canada.

The term "fragrance" or "parfum" on a cosmetic ingredients list usually represents a complex mixture of dozens of chemicals. Fragrance recipes are considered a trade secret, so companies are not required to disclose fragrance chemicals in the list of ingredients. Of the thousands of chemicals used in fragrances, most have not been tested for toxicity, alone or in combination. Many of these hidden ingredients are irritants and can trigger allergic attacks, migraines, and chemical-induced nerve irritation in sensitive individuals. In laboratory experiments, individual fragrance ingredients have been associated with cancer and neurotoxicity. For example, one chemical of concern is dimethyl phthalate (prounced thal-ate), or DEP. Widely used in cosmetics to make fragrances linger, DEP is suspected of interfering with hormone function (endocrine disruption), causing reproductive and developmental problems. Health Canada recently announced regulations banning six phthalates in children's toys, but DEP is still widely used in cosmetics.

•Look for ingredients ending in "paraben" (e.g., methylparaben)
Parabens are widely used in cosmetics as a preservative. They easily penetrate the skin and are suspected of interfering with hormone function (endocrine disruption). There is some evidence that parabens mimic estrogen, the primary female sex hormone. Some studies suggest a possible association between parabens and breast cancer.

•Look also for related chemical propylene glycol and other ingredients with the letters "eth" (e.g., polyethylene glycol).
PEG (polyethylene glycol) compounds are widely used in cream bases in cosmetics. PEG (and its chemical cousin, propylene glycol) opens the skin's pores, allowing harmful ingredients to penetrate more deeply. PEG and other "ethoxylated" ingredients (which usually have chemical names including the letters "eth") may be contaminated with ethylene oxide and 1,4-dioxane. Both contaminants may cause cancer. Also, ethylene oxide may harm the nervous system and interfere with human development, and 1,4-dioxane is persistent. In other words, it doesn't easily degrade and can remain in the environment long after it is rinsed down the shower drain.

Petrolatum (mineral oil jelly) is used as a barrier to lock moisture in the skin in a variety of moisturizers. It is also used in hair care products to make your hair shine. A petrochemical, it can be contaminated with cancer-causing polycyclic aromatic hydrocarbons (PAHs). The European Union considers petrolatum a carcinogen and restricts its use in cosmetics.

•Look for cyclomethicone and ingredients ending in "siloxane" (e.g., cyclotetrasiloxane)
Cyclomethicone and siloxanes are used in cosmetics to soften, smooth, and moisten. These compounds can, however, irritate the skin, eyes, and lungs. They are also suspected of interfering with hormone function (endocrine disruption) and of liver toxicity. These chemicals are persistent. In other words, they don't easily degrade and can remain in the environment long after they are rinsed down the shower drain. Environment Canada considers cyclotetrasiloxane and cyclopentasiloxane to be toxic to fish and other aquatic organisms.

•Look also for related chemical sodium lauryl sulfate and other ingredients with the letters "eth" (e.g., sodium laureth sulfate).
Sodium laureth sulfate is used in cosmetics as a cleansing agent and also to make products bubble and foam. This and other "ethoxylated" ingredients (which usually have chemical names including the letters "eth") may be contaminated with ethylene oxide and 1,4-dioxane. Both contaminants may cause cancer. Also, ethylene oxide may harm the nervous system and interfere with human development, and 1,4-dioxane is persistent. In other words, it doesn't easily degrade and can remain in the environment long after it is rinsed down the shower drain.

Triclosan is used mainly in antiperspirants/deodorants, cleansers, and hand sanitizers as a preservative and an anti-bacterial agent. It can pass through skin and is suspected of interfering with hormone function (endocrine disruption). Environment Canada categorized triclosan as potentially toxic to aquatic organisms, bioaccumulative, and persistent. In other words, it doesn't easily degrade and can build up in the environment after it has been rinsed down the shower drain. The extensive use of this chemical in consumer products may contribute to antibiotic-resistant bacteria. The Canadian Medical Association has called for a ban on antibacterial consumer products, such as those containing triclosan.
Posted by Queen Bee Wellness at 7:05 AM 2 comments: 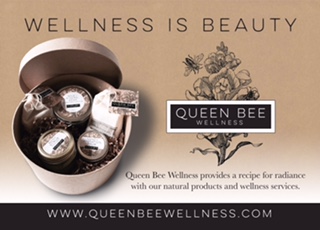 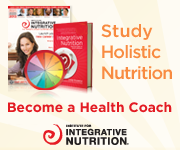